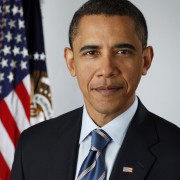 On April 10, President Barack Obama sent his proposed budget for the fiscal year 2014. In it he called for nearly $1 billion ($989 million) in spending to support deployment and long-term development in the clean energy industries. That and his nomination for Department of the Interior Secretary, Sally Jewell (former CEO of outdoors outfitting giant REI), was approved. Both moves won the approval of the Solar Energy Industries Association (SEIA). It’s been said before and it bears repeating that Obama has done more for solar than any previous U.S. President.

The budget proposal includes $615 million to increase the use of and decrease the costs of clean power from solar, wind, geothermal, and hydro. It also supports long-term development of clean energy with $372 million for solar and energy efficiency research. “This clean energy research is a key component of an integrated approach to increasing U.S. energy independence, enhancing environmental stewardship, reducing energy and carbon intensity, and generating sustainable economic growth,” the proposal states.

The proposal drew praise from SEIA CEO Rhone Resch: “America’s solar industry welcomes President Obama’s continued support. We praise the President for emphasizing that a transition to sustainable energy sources is vital—and that the U.S. must lead it. Solar is the fastest-growing clean energy technology available today,” he said. “It is not only powering our nation, it is an engine of economic growth. The number of U.S. solar jobs has jumped 13.2 percent in the last year alone, and doubled over the last three years.”

The support of the federal government has led to an explosion in the amount of solar across America. “Since 2008, the amount of solar powering U.S. homes, businesses and military bases has grown by more than 600 percent — from 1,100 megawatts to more than 7,700 megawatts today. Over the next four years, solar will grow to be our nation’s largest new source of energy,” Resch noted. “We urge Congress to work with the Administration to pass and implement sensible energy policy.”

However, Resch also claims more support could help the U.S .transition to clean energy. “SEIA also encourages the President and Congress to make accelerated renewable energy adoption goals a reality.” He says one of the most important steps to making that happen is maintaining the Investment Tax Credit. The credit helps solar be more competitive with other energy sources in the U.S. like natural gas, oil and coal — all of which have permanent tax subsidies in place.

“We are also calling on the government to streamline federal solar permitting processes as an important way to help reduce our nation’s dangerous dependence on foreign energy supplies, and we urge federal agencies to lead by example by increasing their use of solar,” Resch said.

Regarding the confirmation of DOI Secretary Jewell, who will oversee America’s National Parks, federal lands and Bureau of Land Management lands, Resch had similarly positive comments. “Given her extraordinary background and devotion to conservation efforts, Sally Jewell will make an outstanding Secretary of the Interior. She’s smart, successful and visionary — all qualities which are needed to be the steward of America’s vast natural resources. I applaud the President for making this selection and congratulate the Senate for the thoughtful and bipartisan manner in which her confirmation was handled.”

Now the Senate just needs to confirm Obama’s nomination for Energy Secretary Ernest Moniz, who’s currently a professor of physics and energy systems at MIT. The Senate did hold a confirmation hearing yesterday (April 10), but as of this writing it has not voted on his confirmation.

Top 10 Reasons For Investing in a Clean Energy System