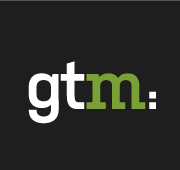 The commercial solar industry entered the holiday season with an unexpected policy gift from Washington.

The new tax plan passed by Congress introduced two provisions favorable for commercial solar installations: a reduction in the corporate tax rate and the expansion of depreciation allowances.

Unsurprisingly, there are very strong and divergent opinions on whether the tax bill will benefit society at large. This article does not attempt to address these important societal questions, but rather will solely analyze how the return on investment and net present value for commercial solar installations will change under the new tax code.

We will perform a bottom-up analysis for a hypothetical commercial project in California. Given that the new tax plan applies nationally, we expect the results are broadly representative of commercial installations across the U.S.

Tucked in the commercial solar developer’s Christmas stocking was a reduction in the federal corporate tax rate from 35 percent to 21 percent, the lowest rate in almost 80 years according to data from the Tax Policy Center.

Commercial entities that go solar expect to reduce the energy they purchase from their utility, accordingly lowering bills. Lowering these bills makes the commercial entity more profitable, which increases the entity’s tax liability. The amount of tax commercial entities owe due to their increased profit can be calculated using the following formula, where ETRn is the effective tax rate in year n, d is the discount rate, and N is the system’s life in years.

A quick look at equation 1 shows that reducing the effective tax rate will lower the amount a corporation pays in taxes. The new tax plan reduces corporate tax rates by a whopping 40 percent, which significantly increases the attractiveness of going solar.

We used Aurora, a solar design software, to assess how much the corporate tax rate reduction boosts the returns of a commercial solar project. In Aurora, we designed a 366-kilowatt project in Northern California (pictured below), which is forecasted to generate approximately 570,000 kilowatt-hours per year.

Here are a few additional assumptions used when calculating the financial returns of the project:

Depreciation: five-year MACRS, with a 50 percent bonus depreciation taken at the federal (but not state) level. We will later be assessing the effect of the change in depreciation rules.

Below are the complete financial simulations assumptions for the California commercial installation.

Our analysis shows that the reduction in tax rates will increase the rate of return by about 2 percent per year. Over time, this adds up: The total value of the project increases by 19 percent, which for this project amounts to over $140,000.

If you are a commercial solar developer who had a project rejected on economic grounds this year, you now have a New Year’s resolution: calling back those CFOs with updated figures.

If the reduction in corporate tax rates wasn’t enough to get the industry’s bells jingling, Congress also added the benefit of doubling the amount of bonus depreciation that can be claimed on commercial solar projects.

For background, depreciation is a way to allocate the cost of a large capital investment over time, such as a new solar installation. Prior to the passage of the new tax plan, Congress allowed you to depreciate 50 percent of a new asset’s value during its first year of operation.

In the commercial solar industry, the remaining 50 percent of the asset’s value is typically depreciated over five and a half years using a technique called the Modified Accelerated Cost Recovery System (MACRS). Until the new tax plan, the amount of bonus depreciation was scheduled to decrease to 40 percent of the system cost in 2018, and down to 30 percent in 2019.

Why would you want to spread the cost of a solar installation that is forecasted to last 25 years over only six years?

When calculating a company’s profits, depreciation is considered an expense, meaning it lowers the profits that you report for your taxes. Commercial entities generally prefer to avoid paying taxes as soon as possible, as opposed to waiting for a future period to avoid. This makes a shorter depreciation schedule attractive to corporations: They can claim their tax savings today as opposed to in the future.

Mathematically, the depreciation tax savings can be computed as follows:

With the new tax bill, Congress increased the bonus depreciation to 100 percent, meaning one can essentially deduct the entire cost of the system in the first year of operation.

Let’s return to our California project to analyze the impact of this depreciation tax reduction on solar returns. In order to isolate the effects of doubling the bonus depreciation from the general reduction in tax rates, we assumed a federal corporate tax rate of 35 percent and a state tax rate of 8.84 percent. The table below show the results of our analysis.

Once again, we find that the new tax rules help boost the return of commercial solar installations. Indeed, the total value of the project increases by over 6 percent.

So far, we have analyzed the economic effects of reducing tax rates and doubling the bonus depreciation separately. Each provision of the controversial new tax plan increases the financial return of commercial solar installations.

Let’s revisit our California site to evaluate how much the financial returns of commercial projects will change now that we’re in 2018.

A 27 percent increase in project value should have commercial solar salespeople fa la la la la-ing as they plan for the rest of 2018.

Samuel Adeyemo is the chief operating officer at Aurora Solar. Aurora’s solar design software is used to design and sell over 50,000 solar installations per month.